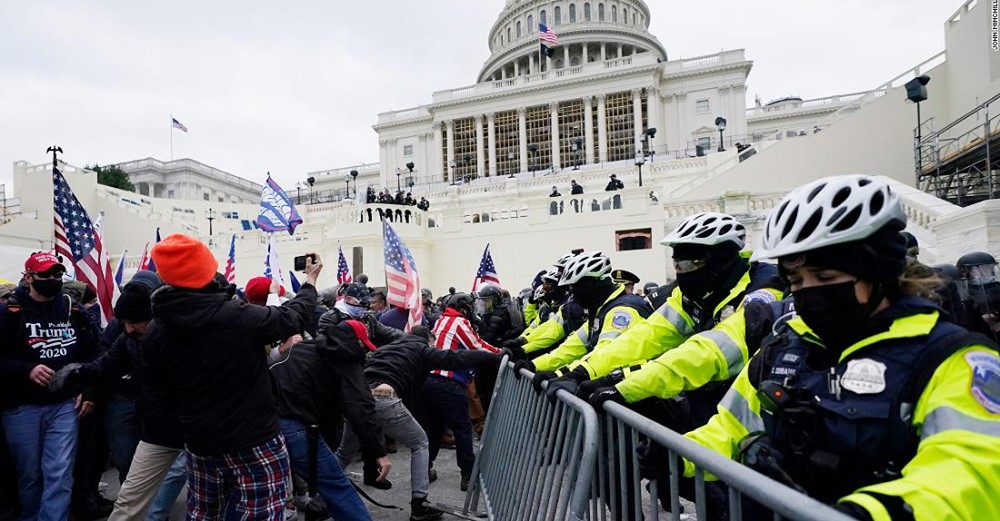 I hated Trump when he got the 2016 nomination, but held my nose and hoped he would live up to the office — he didn’t. I’ve watched principled conservatives shrink before him as he made a laughing stock of the GOP.

While I applaud his successful peace agreements in the Middle East, I can’t say there’s much policy that I can align myself with anymore. Climate? No. Healthcare? No. Covid? No. Education? No. Social justice? Not even on their radar. Small government? When did the GOP ever actually govern with small government in mind? Rule of law? Well, as of today, not even that.

The Right talked down all summer about the riots on the left in conjunction with the BLM movement. They have now lost that moral high ground too.

The US is now an embarrassment. I’m so ashamed for my country and about what I’m seeing.

I left the GOP officially last summer in response to the atrocious handling of the pandemic. I will not be returning. I can no longer align myself with anything on the Right. It is full of shameful cowards who work towards their own ends instead of the country’s.

The GOP is now a cult of personality, not a legitimate political party. This country is in severe need of real leadership which exists nowhere in Washington at present. I do appreciate President-elect Biden’s rhetoric in support of trying to heal this country rather than stoke the flames.

Don’t take this to mean that I support the complete agenda of the Left or Democrats, I don’t. But I’ll be damned if I ever express support for the Right again.